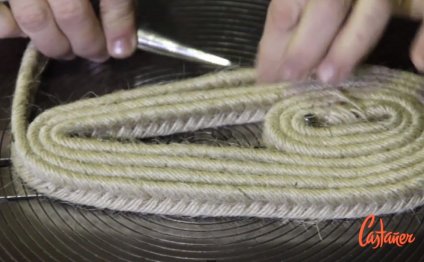 THE START OF THE BRAND CASTAÑER AS WELL AS ITS ESPADRILLES

Castañer's source can be traced back again to 1776, 12 months where Rafael Castañer, the household's very first espadrille manufacturer, came to be. In 1927, Luis Castañer along with his relative Tomàs Serra founded the brand's very first workshop.

Through the Spanish Civil War (1936-1939), Spain's Republican federal government nationalized the organization, because espadrilles were considered to be a product of military interest. Troops were provided for combat in front using "seven-ribbon espadrilles".

When you look at the mid 1960s, the organization underwent a generational move, with Lorenzo Castañer, and his wife Isabel going toward helm associated with firm. They made a decision to refocus business. This product itself had been simple, but they added some color. Today viewed as a traditional Mediterranean item, it became a fashionable as a type of footwear, especially in the Nordic countries.

In the early seventies, Lorenzo and Isabel went to a trade fair in Paris, in which fate was on their side. Three younger Frenchmen emerged to their stand, seemed around and started initially to inquire. Isabel recognized the only most abundant in thoughtful look: he had been Yves Saint-Laurent, who had been searching in vain for months for you to definitely make him a wedge espadrille.

Castañer has-been attracting top style homes and making them espadrilles from the time.

Castañer launched its first own shop in Barcelona in 1994. This Is quickly followed by shops in Madrid, Paris, Saint Tropez, Tokyo and other metropolitan areas in Spain and overseas, including probably the most emblematic locales when you look at the Costa Brava like Llafranc and Cadaqués.

"The mixture of intuition, efforts and enthusiasm, the impact of diverse markets and our collaboration with significant companies keep us on forefront of style year in year out. This difficulties united states day after day, but we look towards the future with enthusiasm plus the determination to put on real to our values."